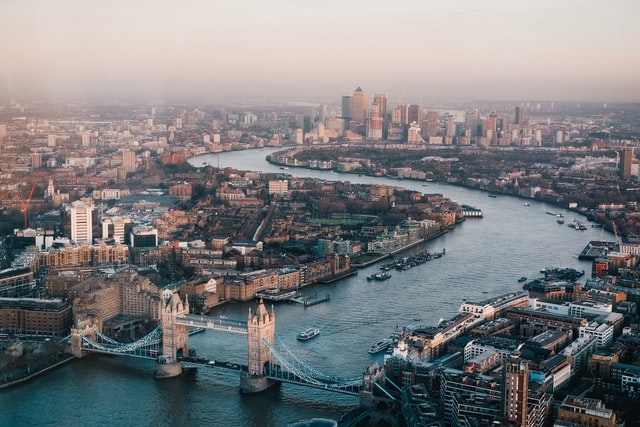 Marcus Rashford has firmly cemented his role as a household British name by continuing his outspoken campaign against food poverty. In taking a position usually reserved by the leader of the opposition party, he has forced the government into a number of U-turns on free school meals for children.

The UK has faced increasing levels of child poverty and food insecurity. In a YouGov poll, researchers found that one out of fourteen UK parents reported “always” or “often” struggling to feed their children when schools are closed.

The coronavirus pandemic has significantly worsened the situation for many families. Between March and August 2020, over 2.3 million schoolchildren were classified as ‘food insecure.’

This shameful statistic was compounded by the news that Unicef had launched an emergency campaign to feed UK children for the first time since the organisation was founded in 1950.

Rashford has been unequivocal in its condemnation over the government’s policies to refuse to feed children while schools were closed because of the COVID-19 pandemic.

His campaign #endchildfoodpoverty has urged the government to urgently review the free school meals policy and ensure that no child goes hungry as a result of the national school closures.

Rashford’s legacy of helping others

Rashford was raised in Wythenshawe in Manchester by his mother who was a single parent. He has been unwavering in his praise for his mother who worked tirelessly to feed him and his 4 siblings by working multiple jobs.

Despite the challenges he and his family faced from a young age, these experiences have made Rashford determined to use his platform to support others.

Despite being in his early twenties, the world-famous footballer has long been involved in a number of activist initiatives, including support for people experiencing homelessness, child food poverty, the Universal Credit system and literacy campaigns.

His outstanding commitment to supporting the most vulnerable in society has not gone unnoticed. He was appointed a Member of the Order of the British Empire (MBE), awarded an honorary doctorate from the University of Manchester and won special recognition in the Pride of Britain Awards in 2020.

Contributions of people from immigrant backgrounds

Despite fierce opposition from anti-immigration tabloid newspapers and media outlets, the contribution of immigrants is incalculable. While Marcus Rashford is one example of a person from an immigrant background going above and beyond to help others, economists have long cited the multiple benefits that immigrants bring to their host country.

A report by Oxford Economics found that on average, an adult migrant from the EEA contributed an extra £2,3000 to the UK economy compared to an average adult living in the UK.

While Marcus Rashford may just be one person, his story and his example is a testament to the benefits of a more inclusive and welcoming society.

Here at London Immigration Lawyers, we are committed to supporting our clients with their immigration applications and welcome the contribution that all migrants to the UK make.

Our friendly advisors are ready to discuss your case and offer our expert advisory services. 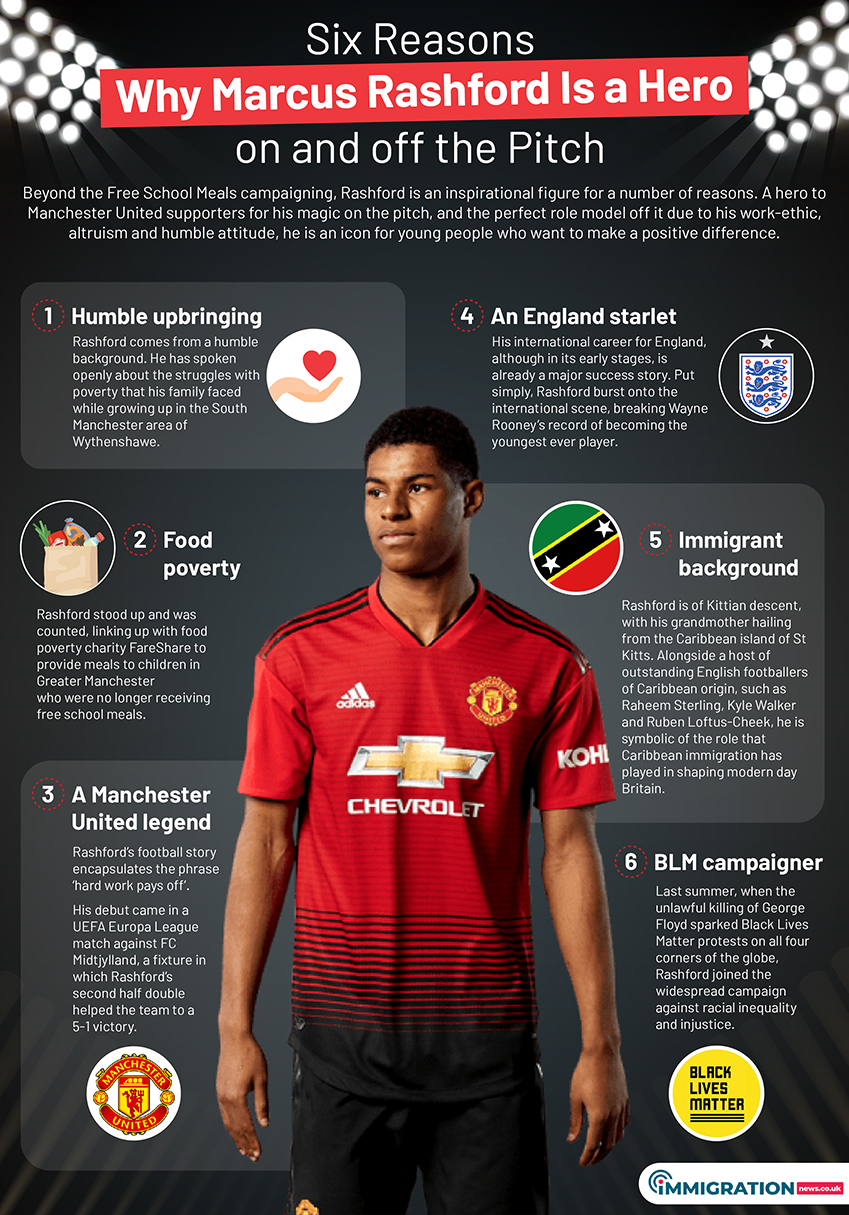