A 2014 report into the Napier Barracks in Kent, which the Home Office has been using to house asylum seekers, found that the site was not up to the acceptable standards for accommodation.

Documents published by Folkestone and Hythe Council as part of a planning application to build homes on the site revealed the findings that were made by CgMs Consulting. The report stated that the blocks built at the end of the 19th century, which is where asylum seekers are now housed, “were never intended for long-term use” and it was recommended that they be demolished. The planning application documents described the site as “derelict” and “surplus to requirements”.

The Home Office has been criticised for their decision to house asylum seekers at the former army barracks, with NGO’s warning that conditions are unsafe. Recently, an outbreak of COVID-19 meant that the number of asylum seekers being housed at the site, which was around 400, was reduced dramatically as the outbreak led to the Home Office moving many people.

Home Secretary, Priti Patel, previously said that it was an “insult to say they are not good enough for asylum seekers”, because they previously housed “our brave soldiers”. However it has also emerged that in 2013 ministers acknowledged that the Barracks were in poor condition and had instead pledged to invest in better facilities for military personnel.

These new revelations come as the UK’s immigration and prison watchdogs begin an inspection of the Napier Barracks, as well as Penally Camp in Pembrokshire, which is also being used to house asylum seekers.

The investigation follows increasingly worrying reports of unsafe and inhumane conditions at both of the former military sites. Levels of safety and access to legal advice and healthcare are all issues that have been highlighted. 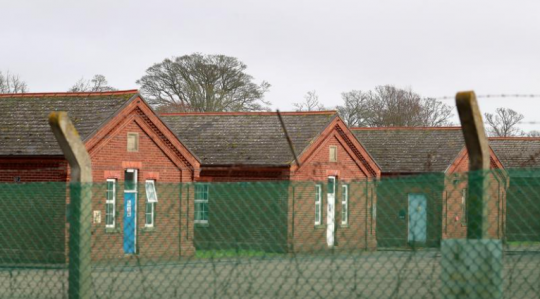 The use of the Napier Barracks to house asylum seekers has been criticised due to levels of safety at the site.