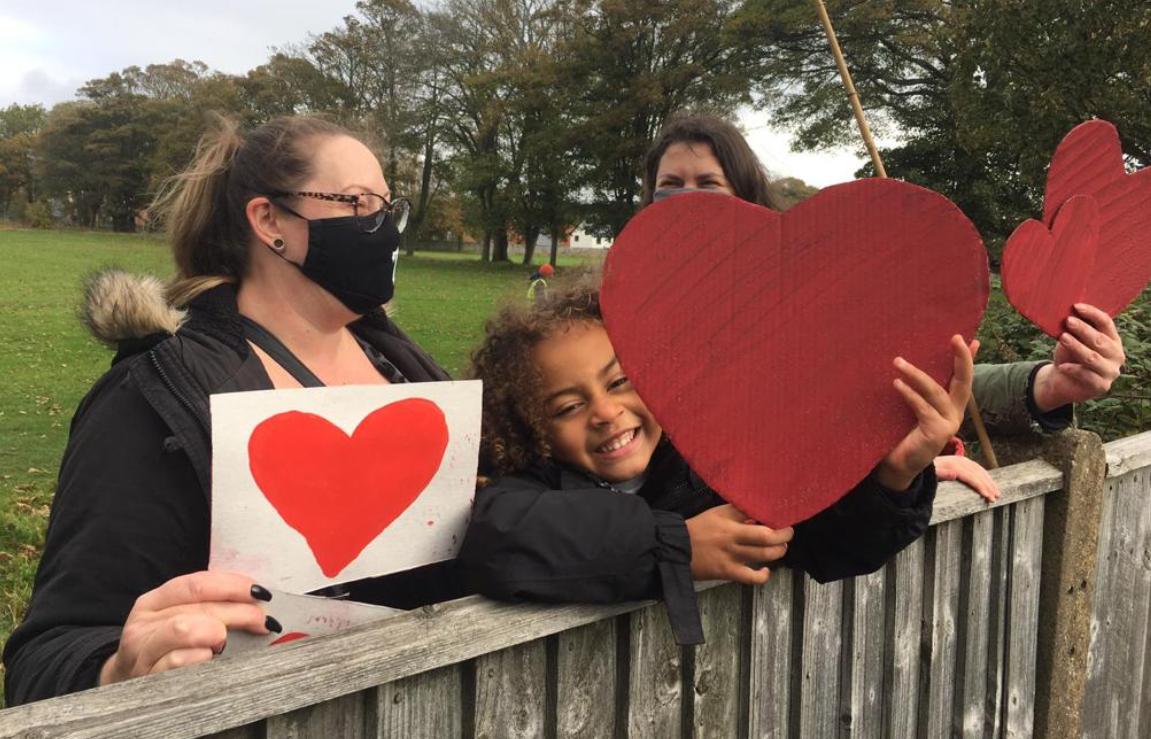 After the welcome event in Folkestone, Kent, around 50 far-right protesters holding St. George’s and the British flags clashed with the police on Saturday.

The area has recently seen a rise in violent incidents, after a group of far-right vigilantes has started claiming that they want to send back migrant boats.

Bridget Chapman, from the Kent Refugee Action Network, gathered with more than 200 people to counter rising the protesters chanting racist messages. She said:

“The vast majority of people are supportive of migrants, but we don’t always hear their voice, we hear the voice of a very vocal, significant minority”

Meanwhile, in the area, dozens of asylum seekers have been placed in quarantine after one of them tested positive for coronavirus. The man, an Iranian asylum seeker, is now no longer on the site, and has immediately been taken to hospital.

Ross Emans, who was there with her son, said:

“The migrants have been demonised and dehumanised on the internet by far-right groups. They are treated as if they are just one. Some people refer to them like they are animals when they are human beings and each of them has their own story. It really concerns me and I can understand why they are leaving their countries.”

Care4Calais, the charity involved with the event, tweeted our praise for all supporters.

We are so grateful to everyone who attended the welcome event at Folkestone today to lift the spirits of refugees in the barracks and show them that Britain cares.

Together we made sure the hundreds of people there know that they ARE welcome in this country.#RefugeesWelcome pic.twitter.com/7HfgaJ9cV1