Hong Kong migrants travelling to the UK say they are concerned about housing, jobs and, most importantly, Chinese state surveillance.

With the introduction of the new Hong Kong visa, a new group of migrants from Hong Kong has been granted the right to enter the UK. This will also allow them to apply for UK permanent residency after five years in the country.

However, the group Hong Kongers in Britain (HKB) advocate that migrants are most likely to experience several difficulties finding housing and jobs in the UK. Besides, concerns have been raised over the possibility of being tracked by “informants or secret agents” from China.

In particular, HKB is urging the Home Office to show special discerption to handle the application of those who now hold criminal records as a result of taking part in pro-democracy protests.

“Hong Kongers who are trying to leave Hong Kong out of concern for safety and freedoms share similar values with the British people. I hope that people can integrate easily into this country.” 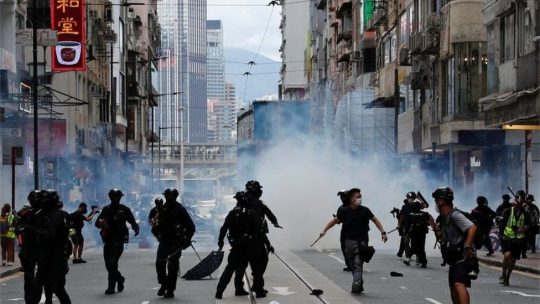 Hong Kong migrants are concerned they might experience further issues once in the UK (Photo: BBC)