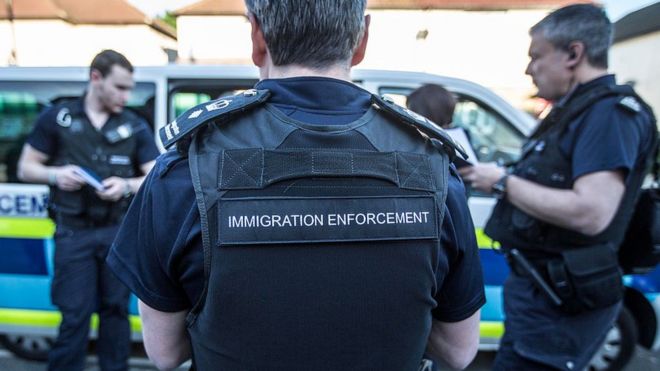 Thousands of asylum seekers who are currently staying in hotels and whose asylum request was refused, are soon facing removal from the UK.

A recent letter from the Home Office advocates that the eviction of these refused asylum seekers is going to take place with “immediate effect”. This will involve all those who have not been granted asylum in the UK and who have no outstanding appeal application. Based on this letter, asylum seekers will receive notice to leave the UK within 21 days, with no possibilities to recourse to public funds.

After the closure of one immigration detention centre -Morton Hall – and the imminent closure of another one – Yarls Wood – asylum seekers are currently accommodated in a temporary hotel paid for by local authorities.

Bella Sankey, the director of Detention Action, stated that her organization and many other have seen an increase in people being placed in immigration detention. She added:

“Huge numbers of these people will have initial asylum refusals overturned on appeal and others cannot be removed while flights are grounded so this is punitive politicised decision-making at its worst.”

Commenting the decision of the UKVI, a Home Office spokesperson said:

“The phased cessation of support has now begun in order to reduce the demand on the asylum system. We have been clear from the outset that this was a temporary measure which would be brought to an end as soon as it was safe to do so.

“Those who have received a negative asylum decision, which means they have no right to remain the UK, are given a 21-day grace period. During this time, they are expected to make steps to return to their country of origin while still remaining in accommodation and receiving support.

“Assistance is available for those who leave voluntarily, but for those who do not, enforcement action may be taken to facilitate removal.”

Do you wish to apply for asylum in the UK?

At London Immigration Lawyers, our immigration specialists are committed to offering the best and most professional care to all our clients. If you and your family wish to seek asylum in the United Kingdom, we are here to help. Call us today to find out more about our services. We can also provide assistance if your asylum application has been refused, and you wish to appeal to the Home Office’s decision.

Call us or request a call back from our customer care team to book your advice session with one of our experienced UK immigration lawyers.