First migrants to cross the Channel since Brexit in -1C

A group of 10 migrants was intercepted in Channel and brought to Dover last Saturday. It was the first group to make it across the Channel since the Brexit deal came in.

One boat carrying 10 people was intercepted and brought into Dover Marina, in Kent, last Saturday, early in the morning. The men, who were escorted up the gangway to be processed, were wearing a mask. They were offered red lifejackets and wrapped in blankets for warmth, as they were shivering from the bitter -1C temperature.

Changes in the new UK immigration system means that the country no longer accepts asylum. Migrants are now supposed to be sent back to France, although a deal is first needed.

“The first migrant boat of 2021. Brexit Britain needs to stop this.” 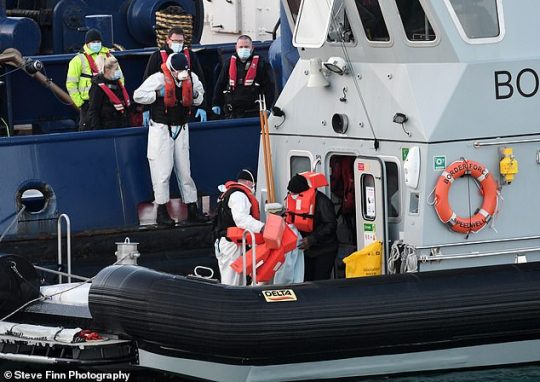